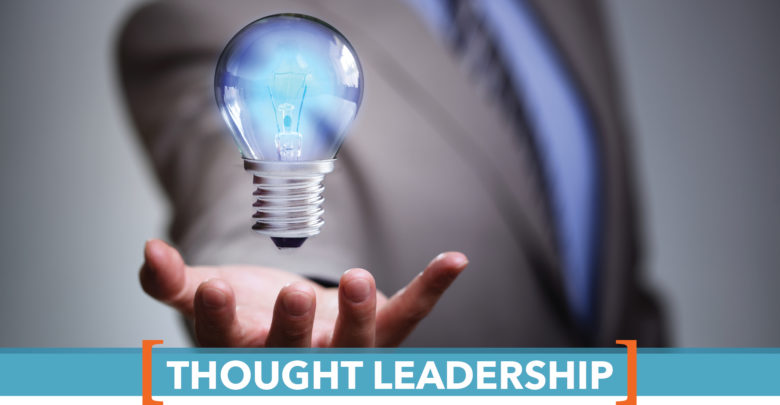 What Is Thought Leadership? Everything You Need To Know

Thought leadership has been around for a while, but the expression made a huge comeback over the past five years. But what is thought leadership? And more importantly, what does it mean today and how can it help your career?

The origins of thought leadership

While the phrase has appeared in the written form since the late 19th century (in a description of Henry Ward Beecher from 1887), the meaning and connotations have evolved over time. Currently, there are a few definitions of thought leader and thought leadership that seem to be generally accepted.

In its simplest form, thought leadership refers to, “intellectual influence and innovative or pioneering thinking” – according to the Oxford dictionary.

In 1994, Joel Kurtzman, editor-in-chief of Strategy & Business magazine, stated, “A thought leader is recognized by peers, customers and industry experts as someone who deeply understands the business they are in, the needs of their customers and the broader marketplace in which they operate. They have distinctively original ideas, unique points of view and new insights.” With this, he coined the term in the context of a new era.

Great leadership does not mean running away from reality. Sometimes the hard truths might just demoralize the company, but at other times sharing difficulties can inspire people to take action that will make the situation better.

At ABS Consulting, we believe in sharing the knowledge we have gained over the years through various thought leadership publication.

Has your C-suite changed to reflect the changing times

Controlled Chaos: Executing Turnarounds in the Face of Disruption – Huron