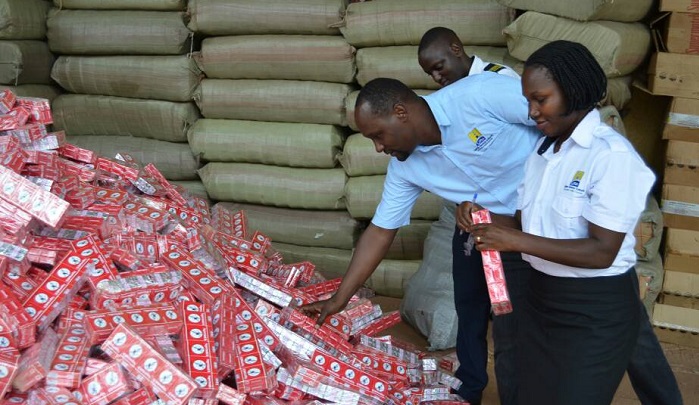 It has been an exchange over and above. The push and pull is certainly a signal of a departure or something missing.

Rightly so, the issue of Digital Tax Stamps has been and continues to be a difficult subject not only for manufacturers, but the general public and government as well.
On November 1, 2019, Uganda Revenue Authority (URA), under the digital tracking solutions strategy, announced it would roll out Digital Tax Stamps for all excisable products.

The tax, which would first apply to selected products such as water, soda, spirits, cigarettes and wines, among others, according to a brief, sought on the part of URA to plug revenue leakages, combat illicit trade, boost and increase efficiency in managing taxpayer compliance.
On the part, it would enable manufacturers, distributors and retailers to conveniently verify, monitor and trace movement of their goods throughout the distribution chain.

Beyond this, the brief noted, was an important aspect that would benefit consumers who have over the years suffered with counterfeits.
“They [consumers] will be able to verify the authenticity of a product … by simply looking out for physical security features on the stamp,” the brief noted, explaining that this would be done by quoting the reference on the stamp and sending a short text message through which key details about the manufacturer and the product would be relayed.

Therefore, one would understand that the stamps would be an important aspect given that Uganda National Bureau of Standards has previously indicated that 54 per cent of goods on the Ugandan market are counterfeits.
Counterfeits have certainly been a problem for not only the public but manufacturers and government as a whole.

Why the fight resistance then?
Therefore, why would a section of Ugandans standard in the way of a system that seeks to partly or wholly eliminate this problem?
Uganda Manufacturers Association (UMA), Kampala City Traders Association and Private Sector Foundation Uganda have all come out on this matter, accusing government and URA of not listening to their concerns.
However, amid all this, manufacturers have silently complied with 65 companies out of the targeted 93, according to URA, installing Digital Tax Stamps equipment at their factories.

“Manufacturers are not resisting DTS [Digital Tax Stamps]. We have welcomed the solution but have strongly argued … the cost [of installing must be] met by URA or government, instead of manufacturers,” says Simon Kaheru, the Coca-Cola Beverages Africa in Uganda public affairs and communications director and UMA board member.
“It is an administrative cost to ensure that we pay taxes, so we should not be the ones to pay it. Enforcement has to be done [rightly] if it is to fight counterfeit,” he adds.

Has your C-suite changed to reflect the changing times

Controlled Chaos: Executing Turnarounds in the Face of Disruption – Huron